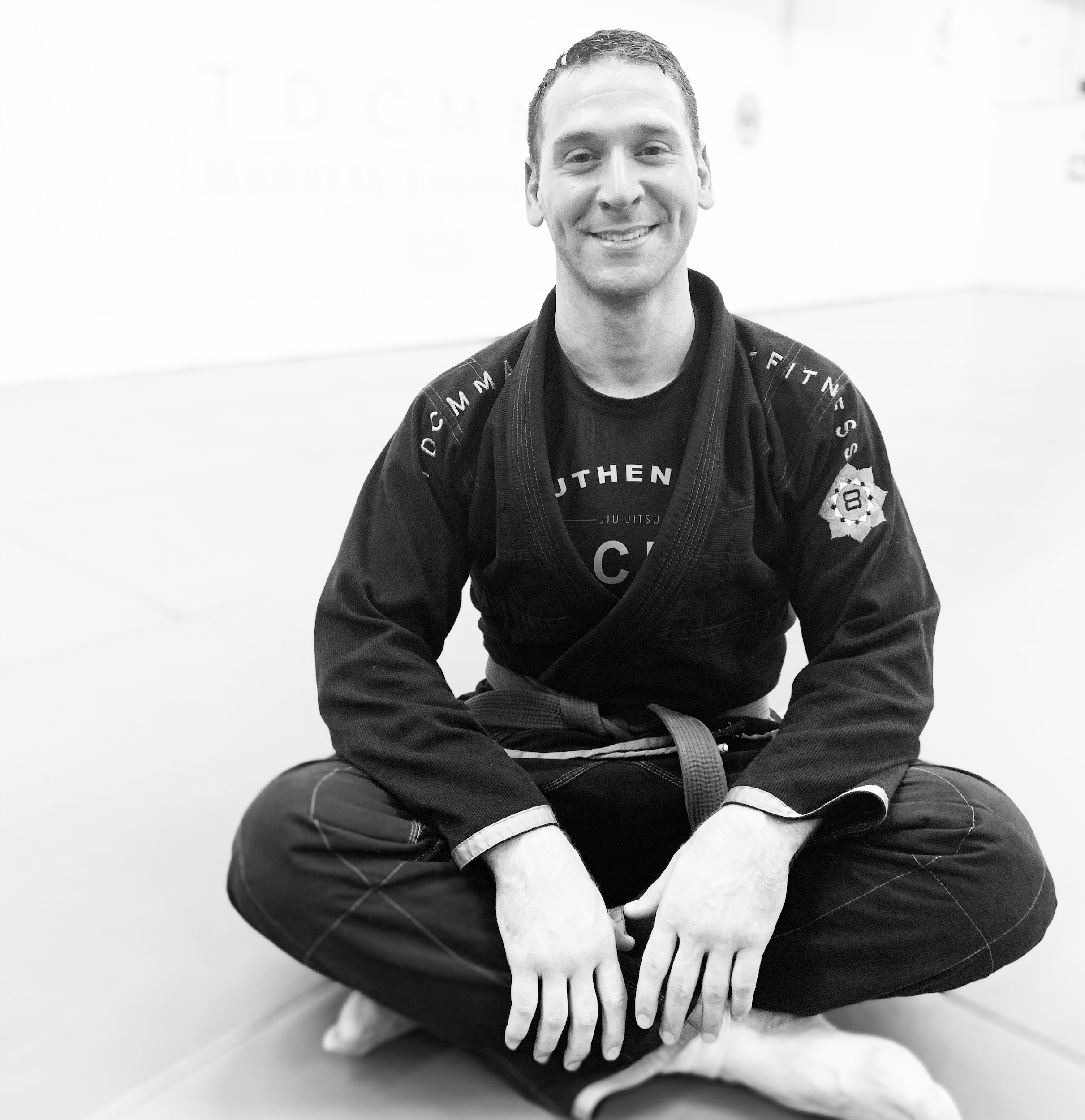 Bradford is a Brazillian Jiu-Jitsu brown belt practitioner and instructor with TDC. In his class, Bradford generally focuses on one position for several sessions and teaches techniques that follow a progression. In this way, students develop situational awareness. While instructing, Bradford fosters a comfortable learning environment and recognizes that improvement comes from repetition. He encourages students to offer and accept feedback (regardless of rank) and to work collaboratively to tune technique.

Bradford has been with the team since 2008 and earned his brown belt from Coach Dino in September 2019. Generally mild-mannered, Bradford’s jiu-jitsu game is the opposite. His style is aggressive, hard-nosed, and old-school. He’ll take top-game, thank you very much, and would like to explore his options with you inside his closed guard. His favorite finishes are rear-nakeds and triangles.

Bradford took an interest in martial arts from an early age (read: watched martial arts cartoons — TMNT, Dragonball Z, Ronin Warriors, Naruto). However, we didn’t step onto the mats until after college. Even then, he’ll admit to ridding the white belt bench for a bit. The love was there, the discipline hadn’t locked in yet. Bradford’s game started turning the corner when the new TDC MMA + Fitness opened in January 2015. Then a blue belt, Bradford committed to his practice and the goal of earning a black belt.

Jiu-jitsu’s role in Bradford’s life began as a unique workout. It advanced to hobby status, then lifestyle, and ultimately to his paradigm. He writes about the connections he draws from jiu-jitsu to his personal and professional development on his blog, White Blue Purple Brown Black (wbpbb.com). One connection is how jiu-jitsu helps him navigate introversion, confidence gaps, and anxiety. He welcomes anyone to chat with him about the mental-health benefits of jiu-jitsu. Aside from getting deep with you, Brad is happy to poke fun at himself and share a pun.

Off the mats, Bradford is advancing his career in the startup community, cooking with his wife, and trying to put his newborn to bed.